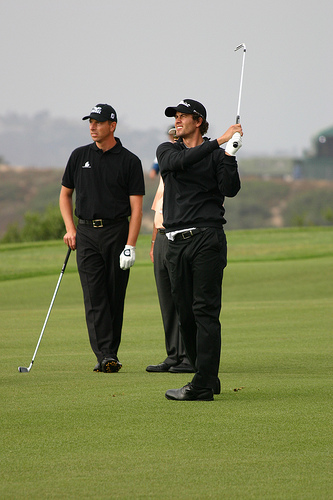 The Masters Golf Tournament is played every year for the first week of April, followed by three major golf tournaments, the U.S. Open, the British Open, and the PGA (Professional Golfers Association) Championship. The event is held over a course of a week at Augusta National Golf Club in Augusta, Georgia. Since the Tournament began in 1934, several different traditions have been established; for example, a legendary golfer gets to hit an honorary tee at the beginning of the Tournament.

For the first time in history, Australians were able to claim a victory at the Masters. Adam Scott, 32, won the Masters after hitting two birdies; he beat Angel Cabrera, the 2009 Masters Winner. This year was the second year in a row where the champion was determined through the playoffs. “We like to think we’re the best at everything. Golf is a big sport at home, and this is the one goal we hadn’t been able to achieve,” Scott said. “It’s amazing that its my destiny to be the first Australian to win. It’s incredible.”