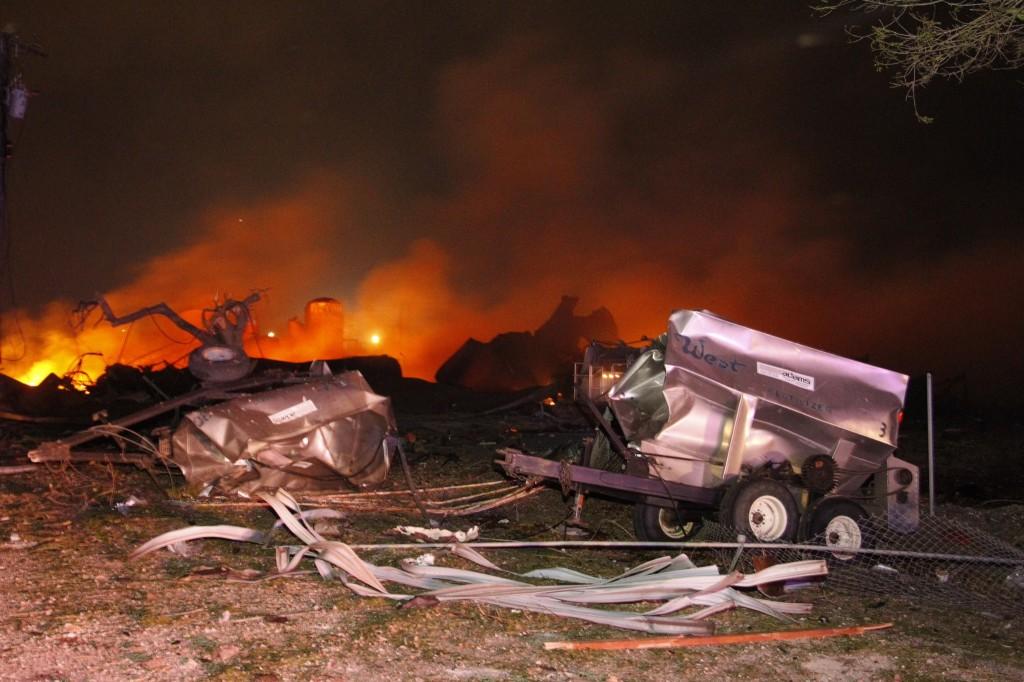 The bombing at the Boston Marathon has had the whole country stunned for over a week. Everyone has been focusing on that story, checking to make sure they haven’t found more people dead, or to see what the update is on the prosecution of those responsible. While the country was distracted by that incident, however, another occurs; on April 19, there was a giant explosion at a fertilizer plant in West, Texas.

As of right now, 15 people have died from the explosion, and more than 200 are injured. More than 150 buildings were destroyed due to this explosion. The blast left a crater 93 feet wide and 10 feet deep. The explosion was caused by 270 tons of ammonium nitrate fertilizer, which can be explosive if handled incorrectly. It is still unclear what sparked the blast, however.

The number dead and injured continues to rise as officers search the wreckage for more people. A substantial portion of the small town was destroyed by the blast, including 4 of the town’s 5 schools. A nursing home near the plant also was destroyed; however, all 144 inhabitants are reported to have made it out alive.

A memorial service was held on April 25, 2013. Among those honored were 12 firefighters that died in the blast. People were allowed to return to their homes on April 20. This incident has felt to some like the “insult after the injury,” since it happened two days after the Boston bombings, but just as America will remember the Boston Marathon tragedy, they will remember the small town of West, Texas, and the people that died there.