Mix the Old With the New: Welcome to Sofia, Bulgaria

Welcome to Sofia, Bulgaria - a city of 1.2 million people as of 2012. Say hello to a city that’s bustling with people, and trolleys, and life. Visit the city that knows very well that you really don’t have to toss out the old to make way for the new. 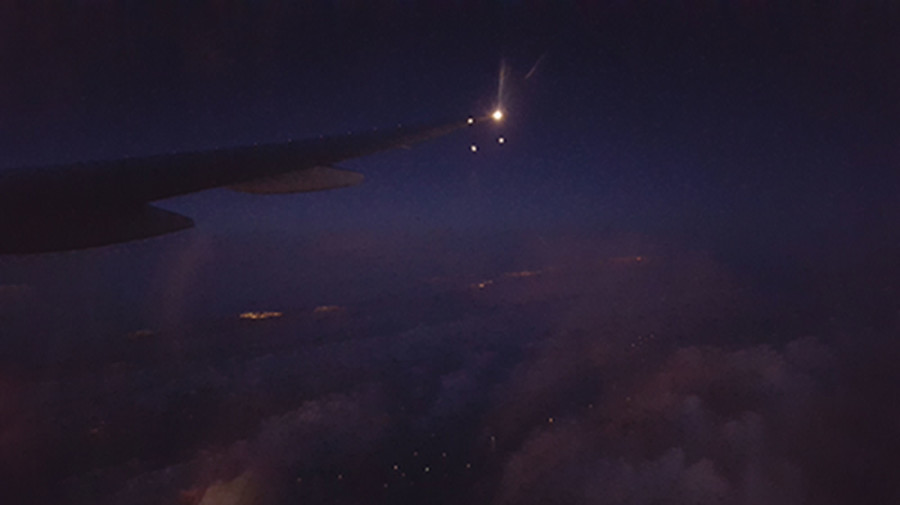 The plane is traveling over Dublin. This flight took us to Vienna, Austria, which my family and I then flew from there to Sofia, Bulgaria.

Sofia, Bulgaria, is a city that was founded thousands of years ago in a country that’s 10 hours ahead of Phoenix. Today, Sofia feels as if it’s made of magnificent buildings, cobblestoned streets, lively people, and an extensive public transportation network. I spent two days flying to this city to visit my grandparents. As soon as my mother, sister, and I landed at the Sofia Airport, you could immediately see the beauty of the place. At the base of Vitosha Mountain, Sofia sprawls like something out of a fairy tale.

The downtown area is a mix of English and Bulgarian shops and stops, ranging from H&M to Hадежда (pronounced na-DEJ-dah, the word meaning hope.) There are sights like Камбаните (Bell Park, but the name is pronounced kahm-BA-knee-TEH) and the Alexander Nevsky Cathedral.

What shocked me the most about Sofia was the way that modern mixed with ancient. I was on the way home from a ballet in a 100-year-old theatre and saw a church that was from the 11 century with an AC hooked up to it. I visited Alexander Nevsky, a cathedral and still-working Orthodox church hundreds of years old with domes of gold. I visited it for free, and my mom bought a cross charm in the gift shop in the front. I walked cobblestoned streets that are hundreds of years older than I am to get to a Burger King. I’m writing this article in a building that doesn’t even have modern outlets and we need a transformer to charge our phones. People of Sofia live in a world that reminisces about older times over traditional food at a corner store with plastic chairs. It’s amazing, and such a contrast to what I’m used to.

I live in the United States of America. And I don’t think I’ve heard of a place as old as America or older that doesn’t require paying money to see. In Arizona, you can go see ancient ruins, at a price. I’m not saying that it’s a bad thing, but I’m saying that it’s different than Bulgaria.

In Bulgaria, I’ve freely brushed my hand against stones placed by people who were born before the Enlightenment and I didn’t see a sign saying “PLEASE DO NOT TOUCH.” I’ve walked by buildings whose very bricks are stained with age and watched teenagers sit on the steps and speak in rapid Bulgarian. People have spraypainted the name of Bulgarian soccer team Levsky (in Bulgarian, that’s Левски) on movie theaters that look like they should be a set piece for a movie from the 80’s.

It’s a new experience to see ancient mixed with modern. It’s new to be able to see a place 1,300 years old and walk inside without any qualms about being in such an old place without a tour guide, even though it is quite small. It’s certainly entertaining, and makes you wonder about how far humanity has come, and how far we will go. It’s a definite reassurance that you don’t really have to be “out with the old, in with the new” all the time. Sometimes, you can keep the old, and celebrate the new alongside, without a price.