Perks of Being a Twin

Being an identical twin has its perks and disadvantages, but for most of the time, your twin is your partner in life and will always make you feel safe. 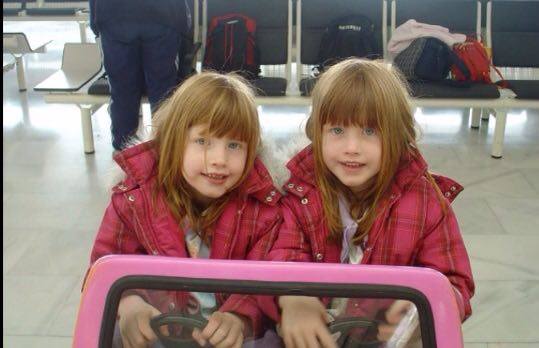 Being an identical twin myself, I am constantly asked what it is like to have a twin: if we fight a lot, or if we are alike. When I was a child, people had a hard time recognizing me from my remarkably similar sister. They would constantly mess up our names and often decided to just refer to us as “the twins.” I hated that term because I, as an individual, wanted to experience my own path and to develop and grow as an independent person. Playing the same sport at the same time didn’t really help that problem. Even though we are very different, when it comes to personality, we always had the same interests growing up. This would make us spend even more time together and make us socialize with the same groups of people.

Once we got older, everything suddenly changed. We stopped playing the same sport and started focusing more on school and friends. We have never been in the same class, which I really like, and are now more physically separate than ever. We started developing our own fashion sense, created different appearances, and expanded into other interests based on our individual friend groups and the new environment we found ourselves in.

But the best thing about being a twin is being able to go through life at the exact same time as your closest friend. Your standpoint in life is basically the same, because your background, culture, and how you were raised is as identical as your appearances. Not to mention that you are never alone; you always have someone you know is going to be there for you when you need them the most. For example, at sports, we always had a partner secured and never had to worry about feeling alone or isolated around new or difficult people.

Being able to share what’s going on in your life at the moment without having to explain every detail of your current situation is one of the very best things. It’s nice to have a best friend who knows every single detail about you.

Taking everything into consideration having an identical twin sister is going to have a huge influence on the person you are becoming. The separation is a big part of it, whether you are going to follow each other’s footsteps or making your own path. The very best part of it is having an understanding life partner by your side at all times. However, my long-standing least favorite part of it is the never-ending confusion about who is who.