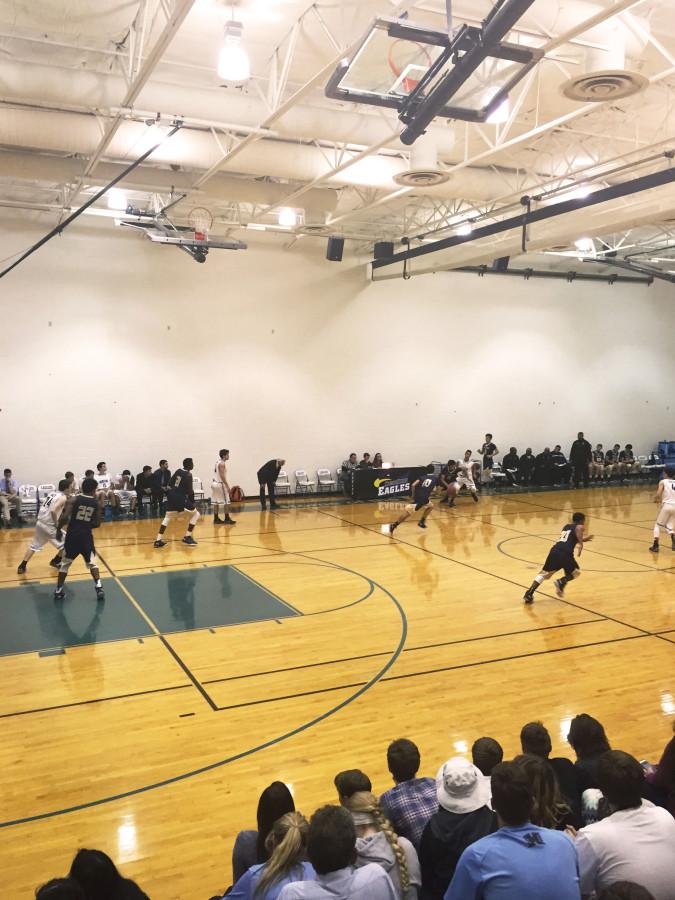 The Boy Varsity Basketball team follows the ball down court.

Horizon Honors’ boys’ varsity basketball team played a game against Yuma Catholic High School at Horizon Honors on Friday, Dec. 11, at 7:00 p.m.. They played well but were unable to pull out the win.

At the beginning of the second quarter Yuma Catholic furthered their lead with a two-point shot and two free throws making the score 7-13, Yuma Catholic. Our team was allowed two sets of free throws one after the other bringing the score closer at 10-16. Yet, another timeout was taken, and directly Horizon Honors scored two more points on a free throw, making the score 12-19. Towards the end of the second quarter, Yuma Catholic scored 13 points; while we struggled to gain possession of the ball during this time, we only increased our score by two. The final score was 14-32. Halftime was called, and the cheerleaders performed a stunt and led a halftime cheer.

Though Horizon Honors fought hard we were not able to pull out the win, but well done to all those who contributed to the team.