Horizon Honors’ Wind Ensemble performed on Thursday, Feb. 18. With their trusty instruments in hand, the students were in sync and had a great concert. 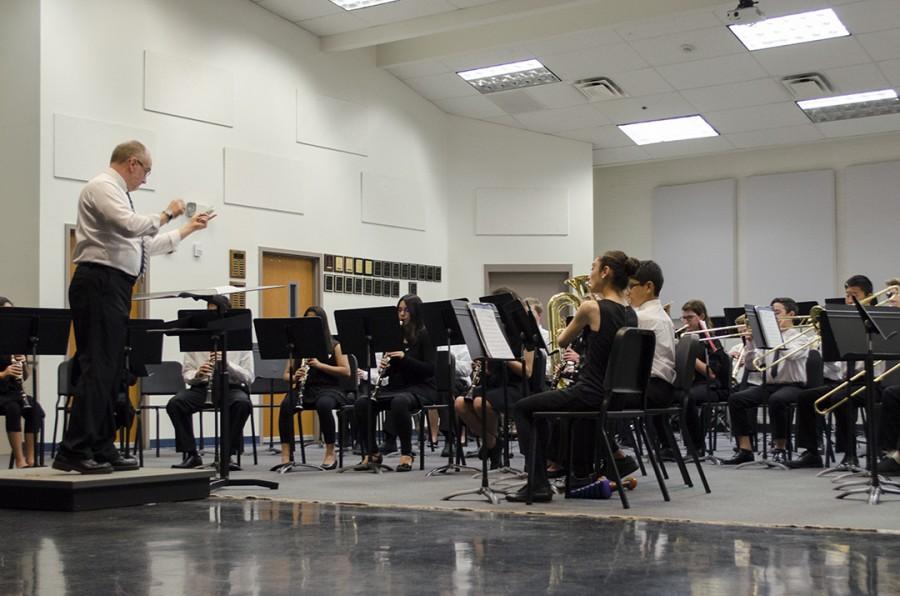 The night began with friends and family filling up the crowd. They warmed up, then at 6 p.m., they began to play. Brian Murphy introduced the students, and the music began.

“Legend of the Alhambra,” the first piece of the night, had a lot of different sounds and melodies combined to create an adventurous sort of feel. A tambourine made a special appearance that enhanced the music. It was somewhat reminiscent of “Pirates of the Caribbean” and the main theme of that franchise, with rich drum beats that accented the entire piece. It was short, and an exciting start to the night.

Then, “Chester” was up next. This song has been around since before the 13 colonies was the United States of America. The song had a marching feel to it, with deep, continuous rhythms from drums. It started slow, with mostly clarinet and soft drumbeats. Soon, other instruments come into play, creating an elaborate tune that was almost familiar to the audience.

After “Chester” was “March of the Majestics,” another marching song that relied more on trumpets than the piece before. It started loud and excited with lots of cymbals and loud instruments, then mellowed to the melody that entails the whole marching part of the title. The piece was short and sweet, yet entertaining.

The final song of the concert is “Ghost of the Lost Ship,” a piece that was seemingly random, yet every note was well practiced. The students put down their instruments at a certain point to pat their thighs to create different sounds. Chimes and drums created a surge of noise after quiet sound, then the intense piece was in full swing. Elegant and sophisticated, the song had many well-timed lurches and lulls in the piece that seemed as enchanting as the title suggests.

At the end of the night, the students had shown off their skills and the audience was not disappointed. Congratulations Wind Ensemble for a stellar performance.