A Refreshing Taste of Diversity: Welcome to Night Vale

Written by the creators of the “Welcome to Night Vale” podcast, the book with the same title features the whimsical and impossible world of Night Vale and the unique story of a single mother, his son, an estranged father, and Jackie, a nineteen year old who hasn’t aged for maybe forever. 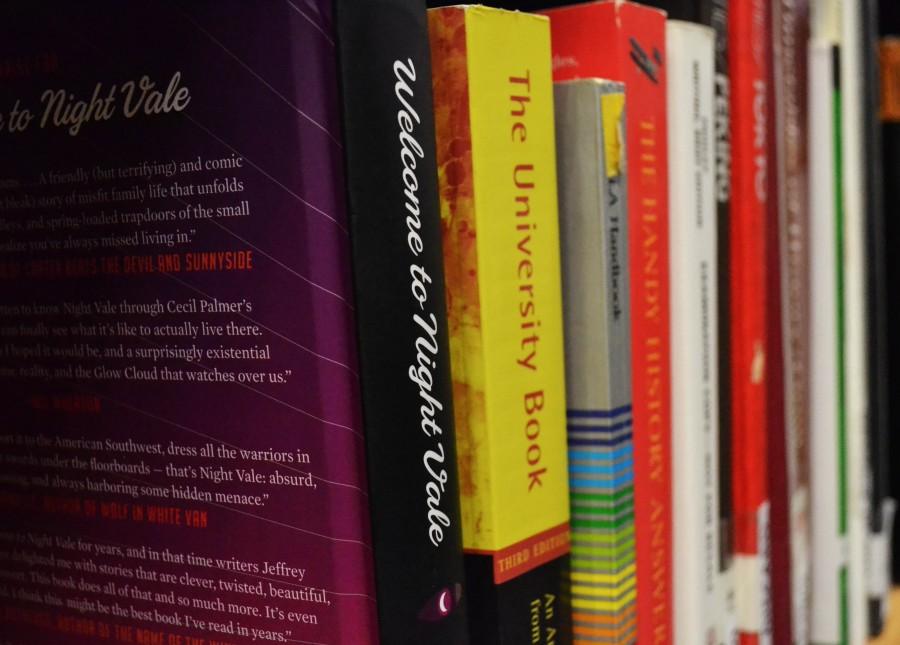 If you’ve ever listened to Joseph Fink and Jeffrey Cranor’s biweekly podcast “Welcome to Night Vale,” (WTNV) you’re very aware of the impossibly real town of Night Vale, where Cecil Palmer (voiced by Cecil Baldwin) describes a “friendly desert community somewhere in the American Southwest, where the sun is hot, the moon is beautiful, and mysterious lights pass overhead while its citizens pretend to sleep.” WTNV has been an ongoing production since 2012, and last year they released a novel called “Welcome to Night Vale.” Just recently, I got my hands on it, and it was the best book I have ever read, hands-down. It beats Harry Potter, and as a proud Gryffindor, I was shocked.

The book starts with the point of view of young Jackie, a nineteen year old who runs the local pawn shop. In the pawn shop, you’ll find everything is priced at $11, and all the people who offer stuff to pawn die temporarily. It’s the way of things. Jackie has been living this life for longer than she remembers. She has been nineteen for longer than anyone can recall, even the City Council, a host of immortal beings who can take on a great many forms. One day, a man in a tan jacket that nobody can remember gives her a slip of paper she can’t remove from her left hand. In that moment, Jackie’s life of routine and repetition spirals into something she’d never imagine, and forces her to face conflicts she’s denied for centuries. Or was it months? Nobody can answer the question for her.

Then, the second story is of single mother Diane Crayton. Her fifteen-year-old son, Josh Crayton, can shape shift and is explicitly stated as bisexual in the story. Diane was an interracial teen mom with parents who never married. When Josh starts to look for the father who ran away from the responsibility of family fourteen years ago, she has to come to terms with the fact that her child is growing up, and attempt to navigate the relationship between mother and son (be he a chubby boy with glasses, or a glowing orb, or a boy with a feminine body and a sultry voice). Another variable is thrown in when a coworker Diane had worked with has disappeared with no remains to follow. At the same time, Diane has to try to understand her feelings toward Troy Walsh, the father of her child and a source of pain and suffering that has haunted Diane since she watched him leave her at the young age of 18.

This book is the most diverse story I have ever read, and has sweeps and turns that are so shockingly normal in this setting that it gives you whiplash. It rings true to the podcast with its warming strangeness and the hilariously wonderful oddities that make you wish you lived in this strange world of Night Vale. There are definitely parts that are slightly gory, and parts that aren’t for younger audiences (a tree-woman loses a branch and there’s a lot of blood, a woman gets trapped in a time loop and describes her predicament with a heartbreaking tone, and other various excerpts like that), but they are few and far between and also exaggerated to the point that they seem impossible. Nevertheless, this book is so diverse and can be related to the world we live in.

For example, there are a multitude of characters who are LGBT+. There are more genderless or non-binary characters than there are cisgender characters, and Cecil is dating another man. Not only that, but they even have asexual and aromantic representation. There are also characters who are genderfluid, as well as unsure about their attraction, identity, or lack thereof. In the town of Night Vale, however, these things aren’t abnormal. There are no “coming out” scenes, because you don’t have to come out. For example, Diane and Josh pretended they were dating someone of the opposite gender to hide interest in finding Josh’s estranged father. Diane even says something so trivial in their world, but so prevalent in ours – “‘I’m sorry, I shouldn’t assume gender.’”

This book doesn’t just leave it at LGBT+ representation. There’s jabs at the sexism and racism that are common in society. There are pages where it’s describing what it’s like for Diane to grow up with darker skin than her peers, the fact that they labeled her as “different” and how she never saw anyone exactly like her on television that the City Council approved the town to watch. It’s powerful, and Fink and Cranor have absolutely no fear in describing the harsh words, the bullying that all kids are capable of, and the sexism that all girls face. These types of affirmations aren’t often seen in YA novels.

On another note, one of the main characters is a single mom. Yeah, there’s a teenager, but it’s not her show to run. Diane Crayton faces so much, and the relationship between her and her son is something rocky. For once, we’re not seeing it from the kid’s point of view, but from the mother’s – we see the constant fear of her child getting hurt, of the pain that harsh words Josh says to her that cut deeper than he realizes, the sheer determination of saving her son and protecting him from the world. I fell in love with a character that was a fully-grown adult with a kid, and I wasn’t bored out of my mind reading about some sort of adult story. No, I read about the texts Diane almost sends to Josh and I feel her pain, I want to tell her he loves her, that their bond is unbreakable. The mother’s point of view is so rare in YA novels, I’ve never read a story from her point of view.

The final theme of the story is about putting faith in family and being able to let go of routine if it’ll change your life for the better. It’s 400 pages of laughter, tension, and Cecil Palmer adding in his commentary here and there. This is a story where people are represented, where homophobia and transphobia makes you a bad person and not one of the common people, where dogs are not allowed in the Dog Park, flamingos have six legs and a great many eyes, and time doesn’t quite work how you’d expect. I loved it, and I recommend it to anyone who wants a story you’ve never read before, and will never read a story quite like it.