Struggling with the Selective Service System

Upon becoming adults, all American teenagers are expected to sign up for the Selective Service Act, facing serious penalties if they do not. 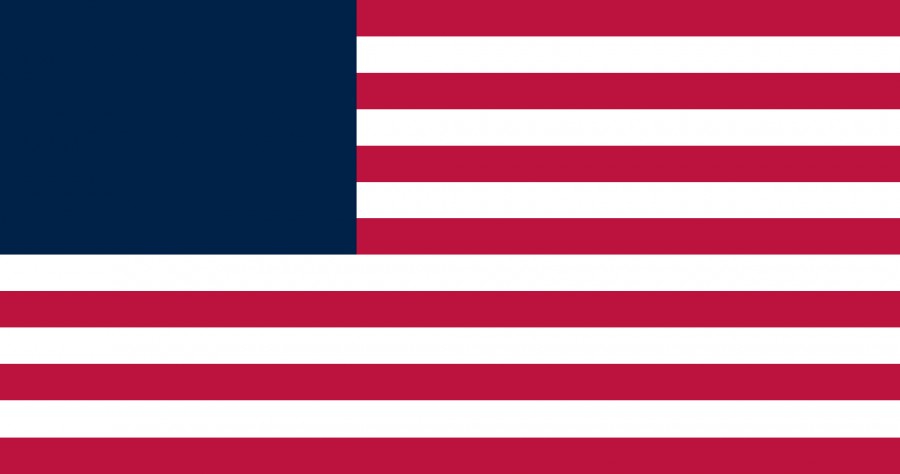 In two terrifying and exciting months, I turn 18, but from the day I turned 17, I’ve been bombarded by opinions and information that, I’m told, will greatly impact my future and change my life. These are things like self-responsibility, being an adult, and being considered a “productive member of society.” Despite this landslide of information and usually tone-deaf opinions, I was recently blindsided by what is likely the most jarring news I have heard in years and, to be blunt, I’m completely outraged by the entire situation.

I’m talking about the Selective Service System (SSS), which is the modern incarnation of the U.S. draft. Historically, the draft has been extremely controversial and with good reason. There have been massive riots, draft card burnings, and people resorting to criminal activities in order that they don’t participate, so it clearly has problems. Aside from the issues it has had historically, it still remains as a dormant contingency plan, and despite ending in 1973, required registration was brought back in 1980 and later became the Selective Service System, or SSS, and to no one’s surprise it’s still just as troublesome.

The SSS coerces any male aged 18 to 26 sign up, making you eligible to be drafted should the government decide it’s in a crisis and needs to conscript civilians. Failure to sign up will lead to you being punished in one of four ways: a $250,000 fine, years in federal prison, being assigned to a non-combat military role or alternative service (which I’ll address later), or being forced to participate in an active combat military role. If it that hasn’t made it painfully clear, let me reiterate; you have absolutely no choice. The only thing that slightly resembles choice is the ability to register as a conscientious objector, and you still must register but do so under a different status. This happens, of course, only if your request to sign up as an objector is granted.

To do that you must go before a local board to explain yourself, however, since your reasons cannot be political or based on expediency or self-interests. Your actions prior to this must reflect on your reasons leaving, with the only accepted reason being religious, moral, or ethical based. As for me, as someone who is an not in any way religious, my only reasons are politically-based morals and ethics that come into a weird grey zone. The process makes me highly skeptical that my reasons for not wanting to die for the state will be seen as worthy of being a conscientious objector, thusly leaving me to a combat role should I be conscripted. Why do I need to explain myself and my reasons when they can be ignored if the board doesn’t like them or because they don’t fit the strangely prohibitive guidelines? The refusal of reasons based on expediency makes sense, but the bias against politics and thusly political ideologies and self-interest make no sense when politics are most likely the second biggest deciding factor on things like this next to religion.

Another issue I have with the SSS is that, as an immigrant, the United States has not been the best to me or people from my country. I’m extremely unpatriotic and un-nationalistic, and I feel no shame in admitting that; my time in the United States has been quite depressing and makes me in no way eager to serve the country’s foreign interests or put my life on the line for something that’s caused my people and me so much duress. That should be reason enough for me to not participate, yet the SSS actually makes registration a condition of nationalization. I came to the United States as a baby without a choice, I couldn’t refuse; as for those who can I can’t even begin imagine going through the extreme amount of trouble to get into the country, legally, dealing with the racism and subjugation then have the expectations of the SSS imposed on you. Like before you have no good choice in the matter, you’re left with two options, stay where you are or comply, it’s coercion placed on those who are already desperate.

The second issue I have involves the SSS’s stance on gender. It’s atrocious, especially now in 2016. While it has tried to stay relevant in regards to it addressing transgender people it still managed to mess that up, especially with how it handles who does and does not need to register. First off, the SSS’s view and perception of women and their role in armed forces is antiquated and needs to be changed immediately, the SSS requires only those who have been assigned as males at birth including men and transgender people who have transitioned from male to female to register with the exclusion being those assigned as females at birth, including female to male transgender people and women, who have been allowed to serve in the military in combat roles for some time now. However, it does not address those who exist outside of the gender binary leaving myself and many others confused, unrecognized, and forced, once again, to register because my birth certificate says male on it – another decision I didn’t have a say in.

The third big gripe I have is how life damaging the penalties are for those who don’t register, whether you’re caught or not doesn’t matter because those who don’t register will suffer regardless as failing to register permanently barrs you from accessing any aid from the federal government, many federal services and destroys any chances you have of getting federal employment. Besides that are the four penalties I mentioned earlier, if you go to prison your ability to gain employment goes down the drain, for a non-violent offense no less. This is even worse if you are already having trouble gaining employment or in a minority group. The fine is no better, the original fine was $50,000 but was bumped up to $250,000 for no other sake than to make it so unimaginably threatening that you feel there is no other choice than to register. This is gross and a very scary reminder of how little power you have over yourself, to have a governmental body hold this much over you is demeaning and insulting.

The final problem I’ll bring up is the most profound for me and that is how all of this makes me feel about growing up, living in the United States and how little self-agency I actually have over what I do. At the end of the day my life and my body are my own, regardless, but to have something come to you and try and tell you otherwise and to do so with threats and penalties escalates the entire situation, this goes in stark contrast to all the things I have been told throughout my life about the United States. The SSS is wrought with coercion and the illusion of choice and is ultimately one of many governmental creations that almost seems to embody the antithesis of freedom, I’m being coerced into the possibility of giving myself and my life to the state and I’m simply not comfortable with doing that, and I won’t. The funny thing is that by writing this, I am acknowledging the consequence of not registering making my failure to register, should I not register, purposeful and convictable of one or more of the titular four penalties I mentioned earlier in this article.

The fact that by me speaking my mind about this is punishable is in many ways the saddest part of it all. I’m simply dissatisfied and I just want to live my life without this weighing over me, but it unfortunately doesn’t look like that will happen. I have two months to decide, comply with something that goes directly in the face of what I believe or refuse to comply and suffer immense consequence for the sake of my moral and ethical sanctity.