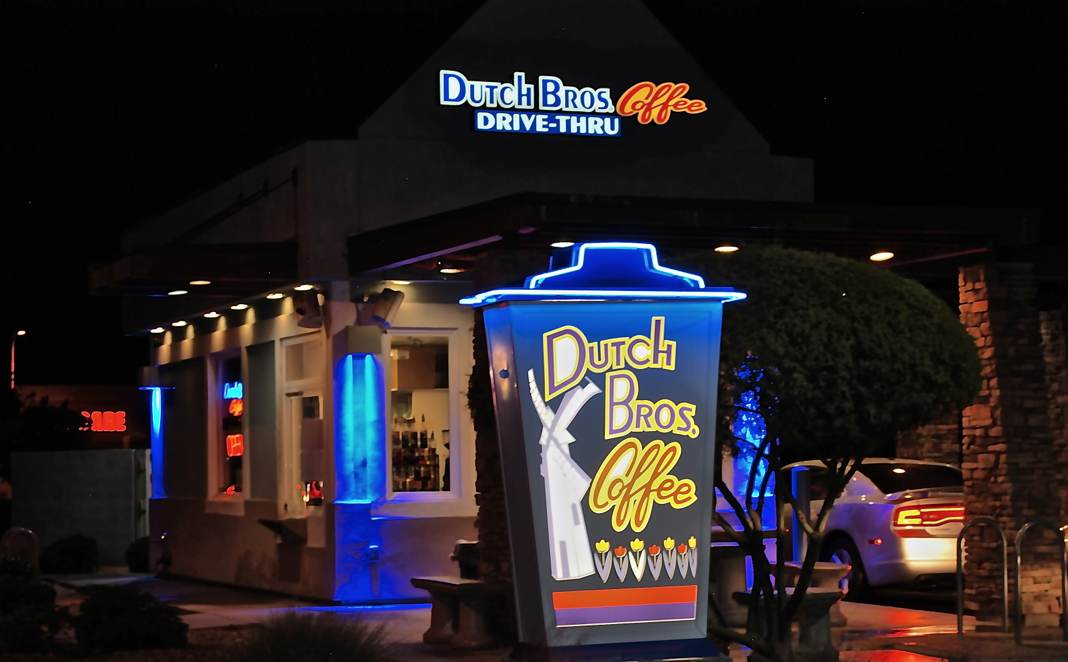 Dutch Bros is growing popularity, in fact, it’s busy all hours of the night. (Photo Courtesy of Ilaria Cobb)

Dutch Bros is growing popularity, in fact, it’s busy all hours of the night.

Is Dutch Bros The New Starbucks?

Since 1971, Starbucks Coffee has been “everybody's” favorite coffee joint. Dutch Bros may be taking their thrown.

Starbucks Coffee has been beloved by many since it was first started in Seattle, Washington in 1971. A  variety of options include drinks, desserts, and food. There is no reason why you wouldn’t like Starbucks, right? However with the rising prices and decreasing customer service, Starbucks’ competitors are swooping in to save the day and bring delicious coffee to the citizens once again.

Dutch Bros Coffee was founded in 1992 in a town called Grants Pass, Oregon. Although their younger then Starbucks, Dutch Bros won’t stand down.. They are indeed a smaller franchise than Starbucks, but they have focused on quality not quantity. Dutch Bros is known hot spot in many college towns; it’s how  Dutch Bros keeps up their upbeat and friendly personality. Their personality provides students and adults alike to enjoy the Dutch Bros experience.

Dutch Bros Coffee does have fantastic customer service and delicious coffee, but have franchises in only seven states.  Hoping to expand in the number of franchises worldwide, I believe they will meet if not exceed their competitors. Starbucks receives many complaints about poor customer service, but that is not to say that some employees make up for the others.

Part of the reason why Dutch Bros has made the impact it has is because its alternative marketing strategy. Dutch Bros breaks the typical marketing boundaries as far as coffee shops go. Think of it like this: when you walk into, let’s say, Starbucks, what do you hear? Frothing milk and smooth jazz, right? Well, pull up to Dutch Bros and it’s pleasant but nonetheless loud blaring music. Another thought: ever felt like your morning coffee was an eternity away while you wait in line? Well all Dutch Bros are strictly drive-through (or walk-through). Most branches have their employees run out and take your order so you’re long wait isn’t so long. Have you ever met a barista happy to chat while making your coffee? I hope you have, but if not go to Dutch Bros. They’ll have you set a nice, short conversation and ding: there is your coffee.

If you couldn’t have guessed, Dutch Bros is my obvious choice, but as far as them becoming the new Starbucks, they still have some work to do. Starbucks and Dutch Bros both provide delicious coffee and will give you the kick you need in the mornings. Though Dutch Bros may be my favorite, the choice is up to you.